Lisa Collier Cool is a bestselling author, blogger and winner of 20 journalism awards. She was first published at age 9 in Ladies’ Home Journal (a letter to the editor) and has written more than 1.2 million words for America’s leading magazines, newspapers and websites. In the journalism community, she’s known as “the queen of queries,” due to her book HOW TO WRITE IRRESISTIBLE QUERY LETTERS, which is widely used in writing courses.  She is a past president of American Society of Journalists and Authors and former chair of the Writers Emergency Assistance Fund, a charity that aids professional writers facing financial hardship due to illness, disability or an extraordinary professional crisis.

From 2011 to July, 2014, she wrote the popular Day in Health blog for Yahoo! Health, where she was a featured “health expert,” receiving millions of page views. She has also served as part of Ladies Home Journal’s Health and Wellness Blogging Team and has blogged for Reader’s Digest. From 2010 to 2012, she was lead health blogger/editor for General Electric’s Healthy Outlook Blog. Corporate clients include American Academy of Family Physicians, the Beverage Institute, Cleveland HeartLab, Duke University Medical Center, Hearst Magazines,  Family Circle, Fujifilm/SonoSite, and others.  She has written a variety of corporate materials, including annual reports, ghostwritten articles, brochures, Web content, and special ad sections for The Wall Street Journal and other publications.

Lisa’s article, “The Preventable Cancer,” published in Good Housekeeping, won the National Magazine Award for Consumer Service, an American Digestive Health Foundation Award; and was featured at a White House press conference with Katie Couric and then First Lady Hillary Clinton, who thought so highly of the article that she presented Lisa with an autographed copy.

Lisa is the author of six books, including BEWARE THE NIGHT: A New York City Cop Investigates the Supernatural (with coauthor Ralph Sarchie), which was published by St. Martin’s Press and reached #3 on the Amazon bestseller list. Sony Screen Gems has now released a major motion picture with an all-star cast based on the book, produced by Jerry Bruckheimer. As part of Lisa’s research, she attended an exorcism.

Previous books include BAD BOYS: Why We Love Them, How To Live With Them, When To Leave Them (with Carole Lieberman, MD), HOW TO GIVE GOOD PHONE, and HOW TO SELL EVERY MAGAZINE ARTICLE YOU WRITE. Her new book, BEAT THE HEART ATTACK GENE, with coauthors Bradley Bale, MD and Amy Doneen, ARNP (2014, John Wiley & Sons).

Lisa has taught writing courses at Parsons The New School for Design and Discovery Center, and has spoken at many writers’ conferences. She has more than 100,000 followers on Twitter and a robust presence on Facebook, LinkedIn, Pinterest,, Google+ and other social media platforms.

Her media appearances include more than 200 radio talk shows and A Current Affair, ABC News, AM Philadelphia, Cleveland Exchange, Fairfield Exchange; the Early Show, Good Housekeeping Reports, Good Morning America, Hard Copy, and Reader’s Digest podcasts.  Before becoming a freelance writer, she was a literary agent, selling more than 400 books, many of them bestsellers. Lisa is married, with three daughters (including identical twins) and a bad behaved Border terrier. 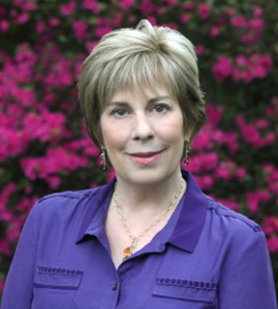 The Writer, “3 Top-tier Freelancers Tell You What It Takes”

Columbia Owl, “No Mixing It Up With the Possessed.”